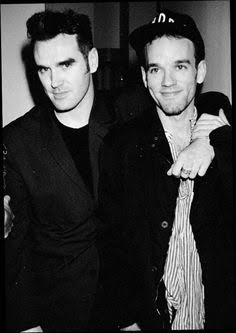 This morning I put R.E.M.’s “Green” into the kitchen CD player on repeat (I’m a luddite), and when the song “Stand” came on I danced around with my children, everyone all smiles and laughter, and felt so much joy I thought I would burst. Toward the end of the song, my toddler disappeared. As the next song was starting, I heard coughing coming from the next room. There he was, suddenly with a full mouth of cereal, possibly choking. My heart was gripped by fear as I got down on my knees to investigate. He immediately stopped coughing, and started laughing. “I told you that game isn’t funny! You can’t pretend to choke! It’s not funny!” I said in a panicked voice. He continued to laugh, and then I laughed, because his laughter made it funny. My daughter walked in, and immediately started screaming bloody murder at her little brother. The sound was unbearable. “What is it? Use your words. Words!! Nobody understands that!” Apparently he had knocked over her Lego structure while waiting for me to come in and play a nonconsensual game of “Look Mom, I’m Choking.” Such an efficient multitasker, managing to distress both his mother and sister in such a short time. She was devastated. I was annoyed, and also filled with remorse for yelling instead of validating her feelings. That’s all you hear about now, the one thing you’re supposed to do as a parent besides feed your children and put a roof over their heads is, “validate their feelings.” I put myself in her shoes. Being misunderstood sucks. I asked if she needed a hug. She said she did. We all spoke in quiet, serious voices, about how it is wrong to destroy something that doesn’t belong to you. We were all a little sad about it. I suddenly smelled poop. As I herded them into the bedroom and started the diaper changing process, my daughter said, “AWWWW LOOK AT HIS LITTLE BABY BUTT!” and he laughed and happily said, “Butt!” It was hysterical. I felt like that “laughing and crying” emoji. Suddenly I understood why it was the word of the year in 2015. I was laugh-crying so hard that it took me a minute to notice the open sippy cup with a puddle of chocolate milk seeping into the white part of their black, white, red and green patterned rug. It had to be the white part. My heart sank. Out of the kitchen I heard “Stand” coming on again, and I couldn’t help but notice that in the time it took to listen to a complete album, all of us had run the gamut of human emotions. And I don’t think we were any worse for it. Why is “moody” considered a negative word, anyway? Could it possibly just mean you’re incredibly sensitive and living in the moment? I decided it was time to have a little talk with my kids about how quickly our emotions can change. And they totally got it. They got it because they’re moody by nature, and adults are the weird ones for trying so hard to water down their feelings. Well, my daughter got it. My son was still yelling the word “Butt!”