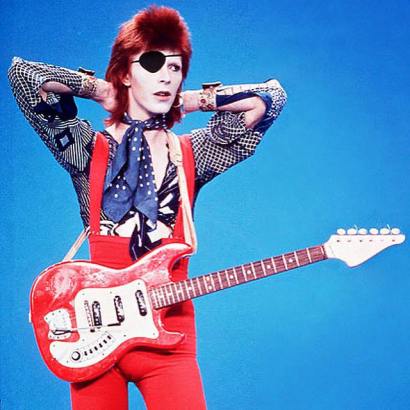 David Bowie was magic living on earth in human form. His music would change with each listening. You could hear a song you’d heard a million times and suddenly be like, “Did he just say ‘There’s lemons on sale again’ What the hell is he talking about?” Then you would remember that he was an actual alien, because no human could possibly contain that much talent, and it made sense. And it was perfect. When I was pregnant for the first time I put little speakers on my belly and played lots of songs. Nothing happened, and I was beginning to feel silly until I put on “Jean Genie.” She went completely nuts in there. So from then on it was the only song I played for her, and she did a little fetus dance every time. So when my son came along, I knew what to do. And again, he did a little baby slam dance in my belly. Every time. To this day I think hospitals should use that song to turn breech babies.